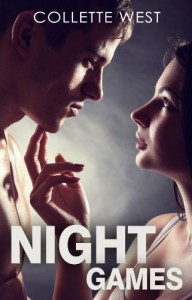 'Night Games' was a very hard book to get through, only because the characters were so hard to put up with! The hero, ESP in the beginning of the book,came off as a douche bag. Such an ass!( and a bit of a whiner, know it all) And the heroine! At first I thought she'd be okay....that she'd stand up for herself and wouldn't take any of his shit...and she was....for like 5 seconds! Then she'd magically know what was going on in his head ( since she's his biggest fan or course she knows what he's thinking!) and make excuses for him and everything would be hunky dory again! Blech! I just wanted to hit her for the crap she let him get away with!


Now to be fair, the book itself was written pretty decently, ( minus some editing errors) so maybe it's just me who couldn't like these two MC's.

As far as the baseball bits go, there was some oft he actual game in the book, but more so in the end than the beginning. For those who aren't big fans, there was some terminology that was never explained...